It works with television programing using the signals of the satellite communication whereby the signals get trough to your television across a parabolic reflector called a satellite dish, which works with a low-noise block downconverter called (LNB), or lens as many natives worldwide call it.

The thousands of channels you watch are free. But, you should of course pay only one time for the apparatus, or accessories, which have a price ranges between $190 - $70 for the satellite receiver and $130 - $19 for the dish with its LNB, which could be 1, 2, or 3 LNBs. The alternative is getting a used, or a second hand dish in good stand.

I used Nokia digital satellite TV receiver in 2001 - 2005 and it was a very good receiver I think it has stopped working in 2009. The satellite receiver gathered all of ARABSAT channels, HOTBIRD channels and ASTRA Channels. For the Arab Satellite Communication Organization (ARABSAT), you should have a large size dish.

I also used TRIAX satellite receiver first with other dishes trademarks and lately with Triax dish and it is still working good. It also receives thousands of channels form ARABSAT, HOTBIRD and ASTRA.

I organized many of the TV channels in categories to watch and locked the adult category by a keyword chain. It is also good idea to lock access to your digital satellite TV using keywords after installation.

Keep in mind that the cheapest apparatus and accessories are Chinese dishes and digital satellite TV receivers.

The guidelines to use TRIAX to install the channels into your digital satellite TV to work are below. However, you could discover some ways to install any other satellite. 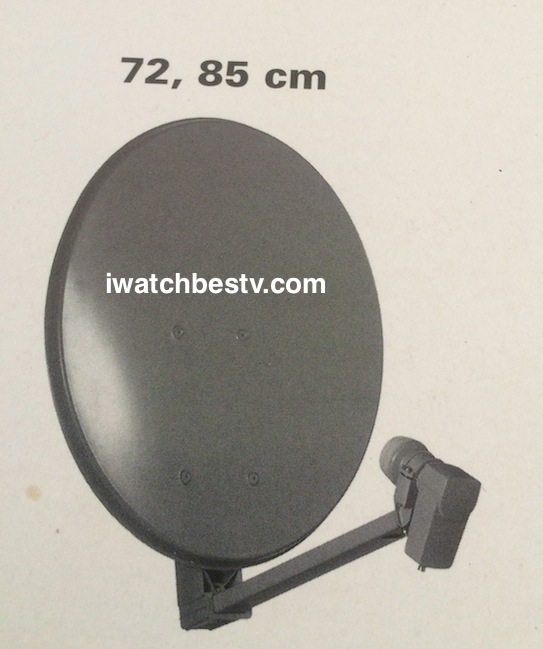 How to Protect Your Digital Satellite TV Receiver?

As for the cable, it is recommended to use standard certified cables to avoid malfunction and get your STB to work perfectly. Put the digital satellite receiver on a safe place where there's no houseplants, lightning, raining and direct sunlight. Don't place it on soft furniture, or carpets.

Disconnect the STB power cord always from the socket before cleaning it. Use always light damp piece of cloth to clean it. Don't use any solvents. Don't overload wall outlets, extension cords, or adapters to avoid fires and electrical shock.

As for ventilation, do not block the ventilation slots of the digital satellite receiver. Make sure that a free airflow is around it. Prevent it from being exposed to direct sunlight, or a heater and don't stack other electronics on top of it. 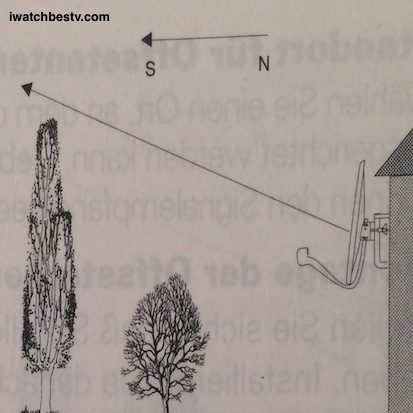 Don't place any liquid near the digital satellite TV receiver and don't expose apparatus to dripping, or splashing of liquids.

The digital satellite receiver must remain connected all of the time to the power supply and the satellite dish. Follow the other manufacturer's instructions for safeguarding other equipments connected to the STB, TV set and others. Make sure that the lightning protection devices for the terrestrial antenna and LNB are installed.

How to Use the Remote Control of Your Digital Satellite TV Receiver?

The remote control of your digital satellite TV receiver is smart enough and it tells you exactly who to use it through its buttons. However, here is some explanations.

The numbers at the top of the remote control from 1 to 0 get you through to the satellite TV channels you have installed in your TV system. (0) is the last after number (9). So, it is apparently that, when you want to see the channels numbered 1908 for example, you should quickly click 1,9,0,8. This will take you to it.

The "Standby" switches between operation and standby. The "EPG" displays the guide for the TV/Radio program. The information "i", which is green displays the program information box on the screen. The sub-title "SBT", which is red selects the subtitle language list for the current channel.

The Sleep button is to select a preset time interval for automatic shut off. The TV/STB is for switching between TV and Satellite. The Sat button is for selecting a satellite and displaying its channel list. The Exit, which is grey is to return to the normal viewing from a menu. The Sound, which is yellow is to select the sound track list in the current channel.

The Menu, which is white displays the main menu on the screen to the previous menu. The Channel up and down changes the channels in these directions. The Volume up and down increase and decrease the volume.

The Favorite "FAV" moves among the favorite lists. The Mute enables, or disables the audio. The TV/Radio is to switch between TV program and Radio only receiving mode.

However, you should always observe your remote, as its design may change anytime without any notice.

Well, then, how to install and configure your digital satellite TV?

See also Digital Cable TV. For more insights on how to use other digitals, see Digital and Video Products.

Share Digital Satellite TV with you socials and the other services you see on the small buttons on the page, or pin the pictures, to say thank you for this information. Thanks.

It is good idea to tell us if you have other tips on installing digital satellite TV, or any other ideas you have about some films and TV series and shows. Use the form below.

In addition to the Digital Satellite TV, there are indeed many pages to learn more about technical issues and some other good topics about TVs, movies, serials and shows, along with the filmmaking issues.