How the Japanese Anime Film Started?

The anime film is a special type of the animated film genre in Japan. It is developed from simple animation experiences the Japanese started earlier during 70th. 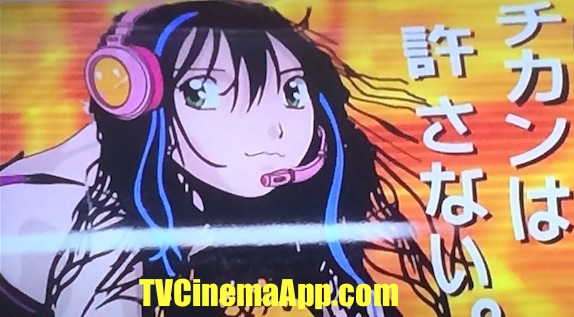 They developed it from their manga comic book, as a media mix film and the animated film appeared since that date as a rival film genre to the American cartoons produced in Hollywood, especially Disney cartoons.

The manga became the Japanese major publishing business raising to over 40 billion Yen and from that date the manga has been a Japanese success, which in turn has opened the way for the Japanese manga to get into Europe and America.

The history of such genre started earlier in Japan and China. Japan has known cartoons earlier than that date, but not as films. They used this kind of artistic expression in their drawings to produce such art.

Then it is apparently that type of arts has been developed later on in their media starting by publishing magazines including that art. The development of this art has started even before the nineteenth century. 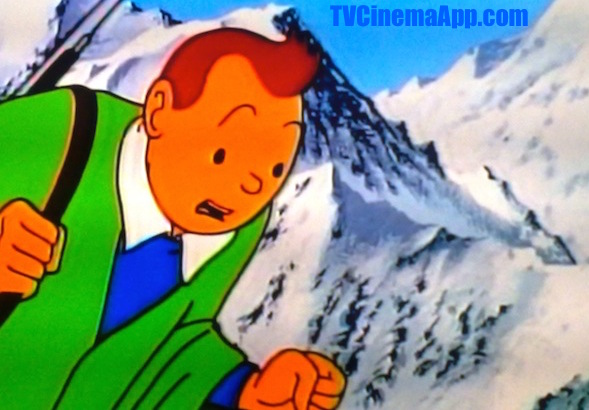 TVCinemaApp.com - Anime Genre of Film: The Adventures of TinTin, cartoons and other anime movies.

But, as it is known from some sources, the Japanese artists have been active since 1874 when Kawanabe Kyosai and Kanagaki Robun have created the first manga magazine.

The magazine has been used by the Japanese artists to produce their own styled cartoons in comics magazines adapting their language and drawings to what they want to express in their manga.

However, the Japanese readership to manga has increased significantly after 1950.

Reading the manga comics magazine has been a custom for many Japanese of all ages and gender since the date they have published those magazine in the 19th century.

The stories are always serialized in the Japanese comic magazines and the Japanese manga artists have succeeded in developing this kind of art and then all of their work has paved the way for Japanese to develop the manga and use it to produce their anime films. 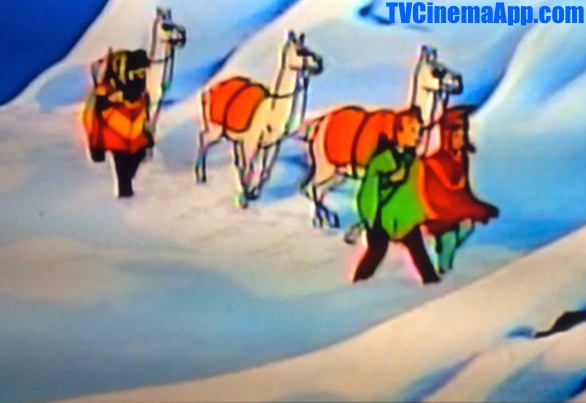 TVCinemaApp.com - Anime Movie: The Adventures of TinTin, TinTin, Captain Haddock and the voyage boy with their camels during voyage.

Definition of the Anime Film...

But, the anime genre of film has also been divided into sub-genres such as fantasy comedy, nudity and science-fiction animation film.

They produced the anime shows first for the theatre and as TV series and then many of those series became full length movies. From the anime film Japanese have also made the video games and the computer animated musicals.

During this development the anime film sound tracks influenced the Japanese to come up with their pop music.

Since the Japanese have made those animation films from the manga comic book and magazines, so some of the sophisticated Japanese cartoons become in turn the inspirational of new thoughtfully produced manga. 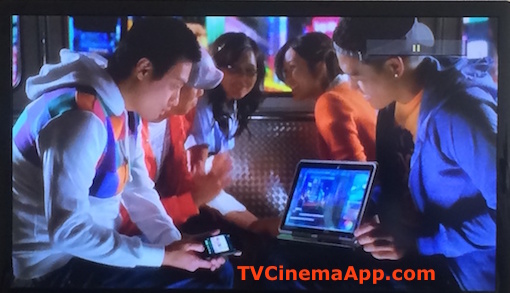 As the movie production of anime films is very expensive the Japanese thought of taking the challenge to study producing such anime film with small budgets.

Nowadays, the movie production of anime genre of film prospers and continues to follow the last modern techniques in the cinema industry.

Tell us about your favorite film genre in a one-second survey. But, if you wanted to write about this genre use the second big comment form, instead. Thank you very much.

When you use the second form, you'll get some gifts to improve your life, even if you were a student. So, you'll find that improvement working very well, when you graduate… of course, if you put efforts onto it.

In addition to the anime film, there are some more information about the cinema and the TV movies, series and shows at the following links on the TV Cinema App:

Do one of the following:

Share the page with your social media, or tweet it through the small buttons on anime film.

Read the updates of the TV Cinema App Blog on your services, such as Yahoo and Google. Thanks.

The anime movie page and the other pages in the website are empowered by the wonderful tools here.

You can add more values to this page through the following form. So, use it to comment, or to write about what you know about anime film.

Comments on this topic appear at the second section of the page below the comments form and above this paragraph.

The guidelines to install a dish network satellite TV are well explained and they will get you started to watch free satellite TV including free HD satellite channels.

Some of the well-known and watched Japanese and Asian anime movies are Tokyo Story, Rashomon, Seven Samurai, Godzilla, Ugestu, Yojimbo, Harakiri, The Woman in the Dunes, In The Realm of the Senses, Tampopo, Grave of the Fireflies, Akira, Ninja Scroll, Ghost in the Shell, Hana-bi, Battle Royale and Spirited Away

The anime films are at the top of the list of the best films produced in Asia. You could easily find the top 50 best anime films and some of the best Japanese TV movies and anime movies on DVD through the links on this page.