The animated film is somewhat equivalent to live action film and that is when the adventures of such film genre involves some actions and the actions are factually presented through the animations.

Such genre of animation movie has some other techniques to implement during the film production, which are technically different from the techniques of the ﻿action adventure film﻿, documentary film and the other live-action films.

Animation in general has started as a human activity very earlier in history during the Paleolithic (Palaeolithic ) age while the ancient people used their curved sharp stone as tools for hunting their food to curve animations of their surroundings, habitats and activities. 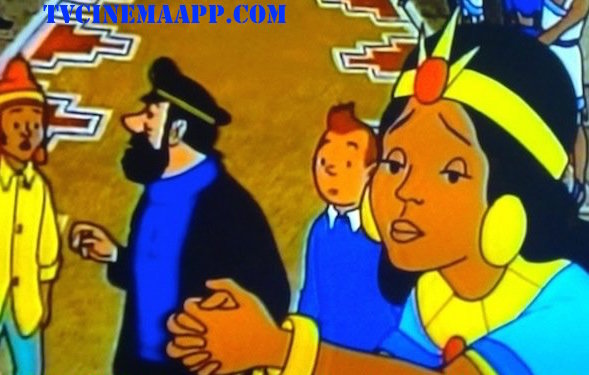 TVCinemaApp.com: Animated Film: Tintin, Captain Haddock, the Princess and the voyage boy on the Adventures of TinTin.

What I liked in the Adventures of TinTin, my dad favorite animations while he was a child is that Tintin seems as not a reporter only, but also as a clever detective assistant to the detectives in the animation. Captain Haddock, sometimes seems humorous. What do you think? Bring your views through the form at the bottom of the animated film page.

Nowadays, concerned people use it in their drawings, clay animation, wood animation and other computer animations, such as flash animation, powerpoint and the 3 types 2D, 3D and Stop Motion, which is barely stop frame technique of animation to make a manipulated object appear physically and move by itself from within.

For the 3D animation, see the Wolfenstein 3D games and computer games, so you get the idea of how animations are filmed in games stories.

The story could be the same (sometimes), but the characters and the forms are not, as we can see on many examples of animation films.

Technically and normally, during the movie production of the other types of film (film genres) the filmmakers shoot photos casts, places, incidents and other objects in three diminutional spaces in full size with depth (height and width) to create that shape and film form and thus create the illusion in focus.

In fiction the film producer order shots of action in real time continuously to create the frames and the film editor works to edit the technical ingredients of the movie.

But, the film director, or the animated filmmaker shoots one frame at a time to create a series of images and then change the subject s/he has shot using the exposure of each frame. Working with the images s/he creates illusionary motion similar to the illusion of the live action film.

The animated filmmaker may also choose to manipulate and distort live-action films and even documentaries and use pure design to change some of them into animation and then he may show behind the scene techniques used, which are not visible.

This has been used lately after the completion of the movie at the final footages and they really provide good information about this technique in addition to the entertaining part of it.

With this distortion and images designed, using dimensional drawings, objects, other electronic information stored in a computer and computer techniques are used, the filmmaker could create animation film from any other genres of horror film, musical film and action TV shows.

This method of production makes the animated film related somehow to experimental film. 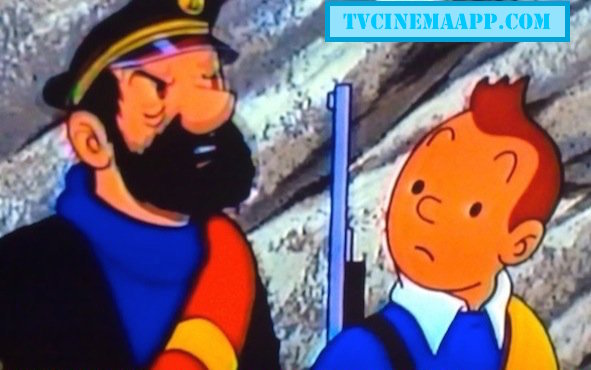 Based on these animated adventures inspired people could use semi-techniques to produce animated apps. Do you have any idea about how could that happen? Use the form below to bring your inspirations in the house of inspiration.

How is the Animated Film, or Cartoons Created?

Just few years after the lunch of the cinema, the cinema provided great opportunity for some creative people to do this type of anime film, depending on their own drawing abilities and creativity.

Thus those people used the imaginations and the skills they had to draw images of what they saw, or imagined and then used the movie techniques to create the illusion of the moving picture.

They were known since that time as film animators. They created the first animation type. When years passed by, many other types of animated film flew associated with creative works to develop this type of films.

The first animators started with the drawn animation type of films, drawing on papers and copying the images several times through a long process to make these cartoons. This process was hard and it was time consuming.

Creative animators oversaw the techniques used and saw that, they should try something else to develop the animation film.

So, this type of production has changed during 1910 when the studio animators created the celluloid rectangular sheets to make it easier to draw characters and objects on cels and then layer them on the top of opaque painted settings and once they achieve that the complete stack of cels could be photographed. 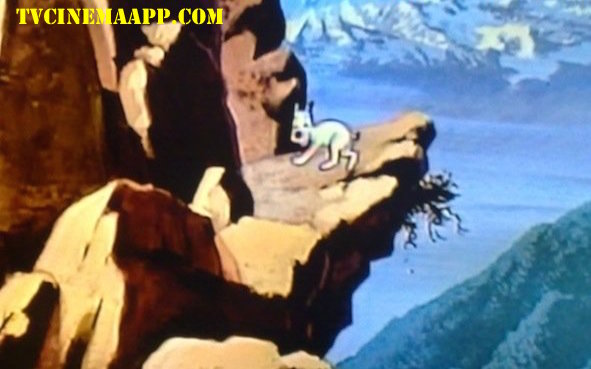 TVCinemaApp.com: Animated Cartoons Film: Milou, the dog Snowy at the edge of the heights.

The new cels that show the characters and objects in different positions could be placed over the same background to create the illusion of the moving image. So, the celluloid process saved the time of the animators.

From that time until the 1950s Walt Disney used the process to make Micky Mouse, Goofy and Pluto as short cartoons and Snow White and The Seven Dwarfs as feature-length cartoons in 1937. Warner Bros used celluloid to create Daffy Duck and Tweety Bird. Paramount created Popeye and Betty Boop.

The Belgian cartoonist, George Remi created The Adventures of Tintin as cartoons on 10 January 1929 in French and published them in "Le Petit Vingtierne", the children supplement of the Belgian newspaper "Le XXe Siecle". Animated filmmakers convert the adventures simply into one of the best types of animated cartoons.

It is apparently that in this kind of cinema, the filmmakers could make some  variations to convert cartoons into real action movies, replacing the drawn images of the main characters by real characters and visa versa. 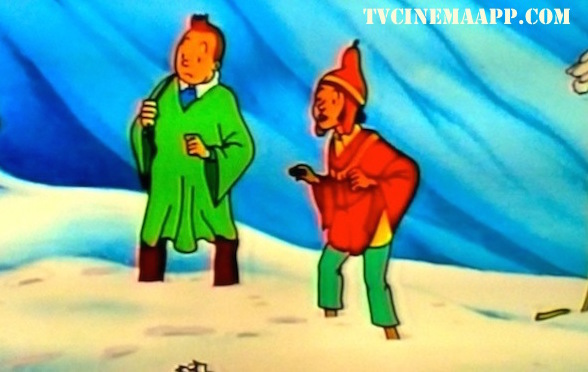 TVCinemaApp.com: Animated Cartoons Film: Tintin and the voyage guide on the animation film Adventures of TinTin.

I liked this series of the animated movie. The techniques are amazing and the story is inspiring. True? Answer this question with your full review on the form below.

While this process is still working today, big studio cartoons produce full animated films with great deal of movement and drawing styles. Others produce cheap limited animations where small section of images move from frame to frame and they use them on many ﻿satellite TV channel﻿s.

While using the cel type of animated films, the animated filmmaker photographs cels and drawings in a series of images to produce the cartoon film. The animator could also draw directly on the film, attach objects and scratch it without having a camera and make both clay animation and computer animation.

He could also store or record animation on analogue media as motion picture film or flip book and video tape digital media and he could include formats as flash animation, animated gif, or digital video to display them on a projector, a computer, or a digital camera.

The methods are defined as traditional animation, stop motion animation of two, or three-dimensional objects, as paper cutouts, clay figure and puppets (as on puppet theatre).

Usually images display runs in a rapid succession to present 4-30 frames every second. 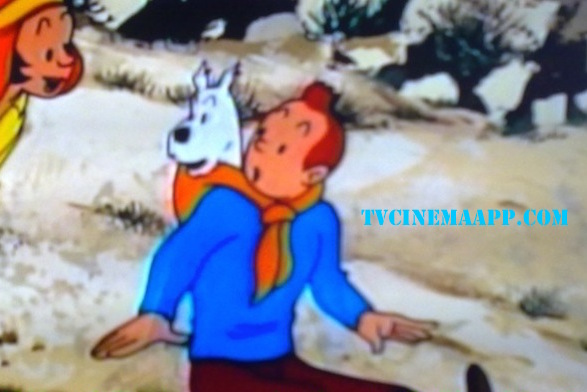 TVCinemaApp.com: Animation Movie: Tintin, Milou Snowy and the voyage guide on the Adventures of TinTin.

Not all of the animated movies make my day, though. There are many animated movies I don’t like mainly because of the accretive use of manipulation and the use of animations on the new craziness of the demon, mutant and other monstrous creatures. Tell us about one you liked in details through the form.

Useful resources to maintain good stream of understanding how the animation film and cartoons are developed and how to produce such animations, or cartoons.

THIS IS COMING SOON.

Meanwhile, get some film making techniques, genres and other information about the movie and the cinema from the following links:

It is not only the animated movie you want to know about?

Well, the TVCinemaApp Network helps you learn more about movies and most importantly watch any TV channel free, so you will never pay for TV channels. You do this by purchasing satellite TV dish equipments and then work through the following pages to get the methods of the satellite TV installation. You watch satellite TV this way:

If you found the animated film interesting, please do one of the following:

Forward TV Cinema App to your friends and encourage them to share it,

Pin the pictures on this page, or at the best TV cinematography and I watch best TV photo gallery,

Read the updates of the TV Cinema App Blog on your favorite services, like Google and Yahoo.

Use the comment form to comment on animated film and get some useful gifts when you do. Thanks.