Do you know why the action TV shows in movies and TV serials are almost the same in most of the TV channels?

The truth is that the action shows in TV movies and serials in the digital cable TV and the satellite TV channels worldwide are the same, because the TV we know previously, as the best media for still and moving picture that connects us to what happens worldwide, educate and entertain us by good movies and shows, that real TV has changed to be a commercial TV.

This is important issue we should consider while looking at any TV program, or show. We should also get a very concrete point of view to help at least shift those TVs to serve real demands in life and yes even through action TV shows. 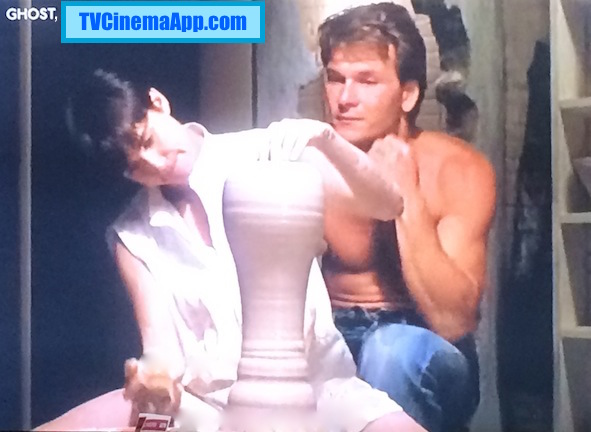 Moderate, or light commercials are not harmful, but they be when they become aggressive. At the other side of the development of the TV the effect is not only commercial, but also cultural and moral, as this page about TV action shows tends to light.

The action TV shows are almost the same in many Arabic TV, English, French, German, Italian and other international broadband cable and satellite TV channels.

Through the reproduction of such action shows in TV, the channels tend to use them with their native languages for native audience, wether they translate on the screen, or use the "double" (installing an alternative vocal performance for text).

The dubbing process is actually run during the mixing process at the post production level through which the filmmaking goes, but it also carries on at the video production, when the film is used in videos by TVs to do the advertising thoroughly and the "doublage", where they add supplementary recording mixed.

They do this through the transfer or the copying of the recorded audio material and replace the original language by the native language.

They divide the scenes into sections and sometimes when they arrange the scenes some mistakes appear through which you could see the flow of the scenes is interrupted, or some scenes replaced in the wrong place. 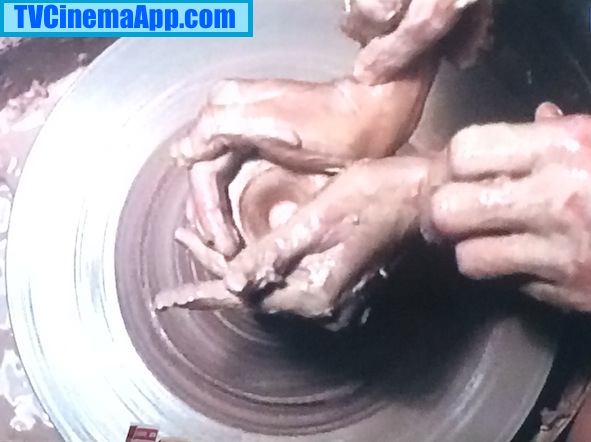 The changes in TVs are well planned to monetize the action TV shows, serials and movies. They even use the same TV advertising to monetize serious TV programs.

And as if it is not enough to have this advertising in their commercial programs, they use it there in every action TV show every 5-8 minutes during the show in a series of TV ads, each of which contains more than 8 TV announcements.

In favor of such advertising the serious TV is lost.

I know of many people including cinema fames and TV characters, as the brilliant and famous CNN intellectual broadcaster, Larry King who don't like it for the TVs to go aggressively that way to destroy the beautiful image we had for the TV, since the fifties of the last century.

But, who really cares?

The companies owning the TV channels want the money to pay their costs. It is certainly OK for some advertising, but not aggressive advertising, as we see nowadays in the most important TV shows, including Tv action shows, science TV shows, entertaining TV shows and sometimes even between the news.

The end user, or the audience are not interested in such aggressive TV advertising, but they don't have anything to say and if they have to whom they may say that?

They only have the option to quit watching, or shifting from channel to channel every time the TV ads pop up on the screen.

The Arabic TV channels and other TVs in other languages present the same TV advertising translated, or "doublaged" into these languages and the interesting thing is that they even don't know what is good for their societies.

For example, let's take the TV advertising for Twix and snickers. There are four. One of the sinkers is good. But, the other is very bad in some societies, as it diverts from the cultural values of these societies.

Yes, I mean that one in which one of the guys becomes Joan Collins. The English version of this ad, which is for western societies is acceptable there, because simply, nowadays anyone in those societies could choose to change sex and there is not great differences between the sex. No gender issues.

When such ad converts into Arabic for Arabic audience, it becomes something that is not understandable at all. No one can sense the humor of it. It is clearly that what's funny in some cultures and demographics is not funny in particular in others. 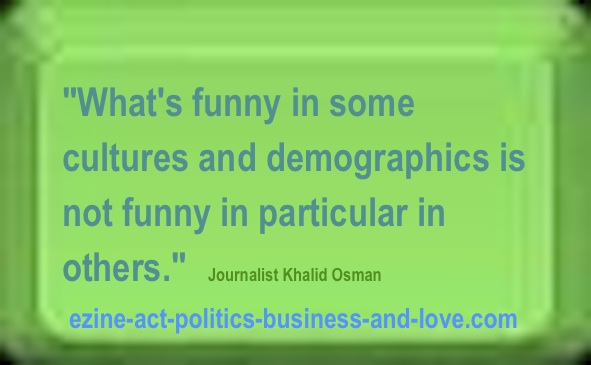 And this is not only in the advertising through the action TV shows, but even in the Top 20 Funniest on the MBC. Many of the shows are not funniest for Arabic audience. They are really silliest.

Seriously speaking, many TVs just follow the flow of the European TVs. This is not that bad of course, until those programs forget their audience who are interested to get more cultural values of their societies first and the international society after that.

That is simply because (even in European societies) the humbugger you cook at home is more spicy than the humbugger you buy outdoors. In other societies, you should feed the audience by their homemade food before getting them to eat exported food.

This means they should be concerned about the audience to enhance their cultural values, entertain them positively and educate them to think of how to develop their arts, cultures, economics, entertaining activities, health and other important values in their lives.

The movement of real TV should begin now and sincere TV folk should make a revolution to revolutionize TVs. 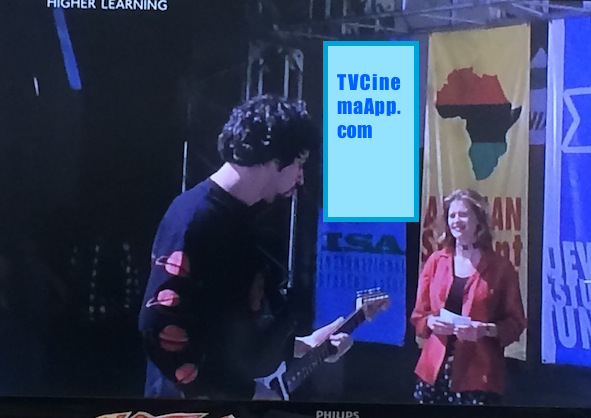 Exploiting the human interaction with technology happens not only in the TV action shows, but in most of the TV movies and serials including even movies prepared for children and kids.

The examples are numerous ranging from Vampires and Supernatural to the collection of G.I. Joe the Rise of the Cobra, The Avengers, the Iron Man and Thor, some of which are getting into the anime TV shows.

All of this means that the cinema and only through the genre of horror film, as an example has changed dramatically to the bad after the American Ware Wolf in London, Twilight Saga and Harry Potter it should stop out there at such light horror standard, instead of keeping on to destroy the imagination and thus the creativity of the new generation.

They continue developing such dangerous horror in action TV shows and movies and even in TV ads (assuming they are funny) because they have already created the demand for it. This is one of the intriguing misuse of the technology along side exploiting normal people's desires and changing the way they think and the way they feel.

The destruction of human reality and image goes through some action TV shows using the metamorphosis, or the mutation of the evolution theory of Darwin to reproduce humans.

The misuse of human interaction with technology goes further to change even the way people think about how they have been born and brought to earth through the development of the robots movies through which the robots become more human by adding feelings to them.

The examples are in numerous movies including Will Smith Robots movie, I, Robot.

This is a move in the action TV shows and the action movies in the cinema to replace humans by robots to create other humans. The process may begin by injecting the semen, or the ovum in robots to make love with a living. 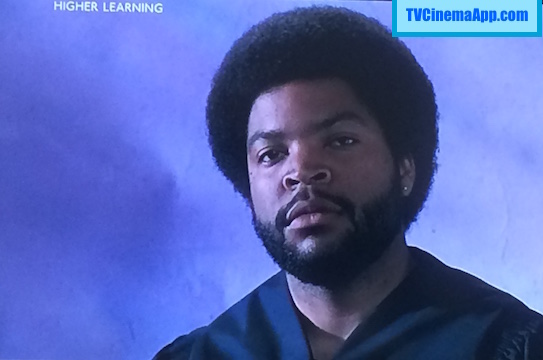 This is dangerous craziness and it violates every spiritual beliefs and human rights in the world. It seems like just wanting to say no God, but only us.

The whole world is moving towards the end of it, crossing insanely to destroy our dreams in beautiful world, whether in real life, or in real life TV shows, or in action TV shows.

So, the most important thing in the development of TV action shows and most of the shows, whether in cinema, or TVs is to make different cultures pollinate together. This way we look to the world positively and integrate well.

The Action TV Shows are included also on many pages you can read thoroughly along with more cinematheque on the TV Cinema App at:

Read the TV Cinema App Blog on your services like Yahoo and Google, or share this page about Action TV Shows with your social media, or pin the pictures you see on the page and at I Watch Best TV Photo Gallery. Use the small buttons to do that. Thanks.

Tell us about your favorite action TV shows. Write about any action TV show you like in short sentences and compose your writing in short paragraphs like what you see on this page and upload pictures from those shows. You'll get some useful gifts, when you do.

In addition to the Action TV shows, you have complete guidelines to watch free satellite TV including thousands of free HD satellite channels, so you will never pay for cable internet TV, digital cable TV, internet live TV, internet TV channels and so.

All that you’ll need is a satellite TV dish with the dish satellite TV receiver and the complete ﻿satellite TV installation﻿ through which you’ll know every thing about streaming satellite TV and enjoying many interesting dish network satellite TV channels.