I Watch Best TV, What about You?

"I Watch Best TV" is my favorite "bee honey". It is all my own views on best TV shows, movies, series and some other sequences in the TV channels and on DVDs I bought to entertain and enjoy my time, without having to be bombarded by silly TV advertising.

Every time, I read about new movies, TV shows and series, I get direct to buy them, so I could enjoy my time better and watch my collection without any interruption during the movie, series, or show.

That way, I got good collections on audio and DVDs in my home library. I could certainly, sell those copies I have, as they are new and in good qualities. 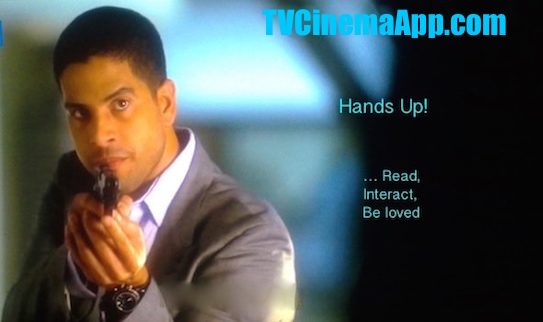 What I liked about Adam Rodriguez, detective Eric Delko in CSI Miami is that he proved to be smart Prior CSI Miami and before joining the team at the Dad Police Department. The friendship between himself and Horatio Caine has developed to be a family relation.

It is also a way to escape being bombarded by heavy and yet silly TV advertising hundred of times, even during only one hour of a TV series, such as Hollywood Heights, Kidnapped, Criminal Minds, CSI Miami, CSI NY, CSI Vegas, NCIS, Hawaii Five-0 and some other TV movies, series and shows.

The best in my account are "Damages", "Kidnaped", "Missing", "Hollywood Heights" and "The Fugitive".

I also feel secure this way instead of watching free movies on the internet and then get some malware installed into my computer. The first time I did this, I got three computers crashed, so I threw them to the garbage. 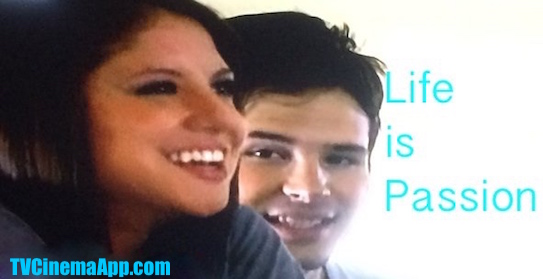 Brittany Underwood was brilliant as (Loren Tate) in Hollywood Heights. Eddie Duran was a down to the earth person despite that he was rich and famous. What I liked in this TV series is the family and friendship relations, all of which give meaning to real happiness at the end.

All these lessons and the experience I have encouraged me all together to write "I Watch Best TV", thanks to my dad who did the search to choose just "I Watch" as a domain and then found it taken, or reserved.

So, I worked around it, as I am totally concerned to bring you something different about this topic on "I Watch Best TV". That doesn't mean interesting insights only.

By saying different I do mean great ideas to make TV movies, serials and shows either on your own TV channel, or on DVDs. But, as my dad says, we need to learn, so we could know How to Produce Cable TV Spots. 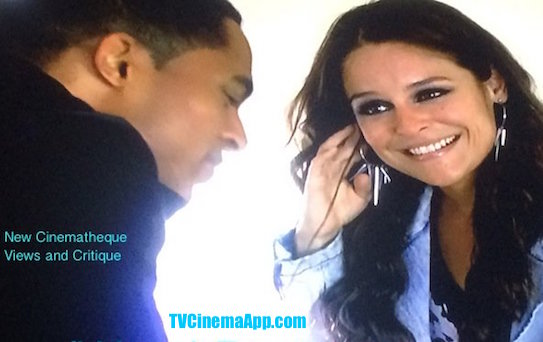 With marriage relation complications, Brandon Bell (Jake Madsen) found himself pushed towards Yara Martinez (Kelly) in Hollywood Heights. She has a crush for him, although she was a pastime friend of his wife who invited her to spend some time at their home, when she moved to the city.

My dad would write sometimes, as he promised about his favorites, both classical and modern he watched during his childhood and he still watches until now on TV channels, internet movies platforms and DVDs. So, the views are both modern and classical. He is a cinema addict, but of course not star.

Citation made easy here at "I Watch Best TV" as you could watch the best TV series, shows and movies and read new and always fresh views and cinematheque views and previews from me in addition to different perspectives from the readers, as well. 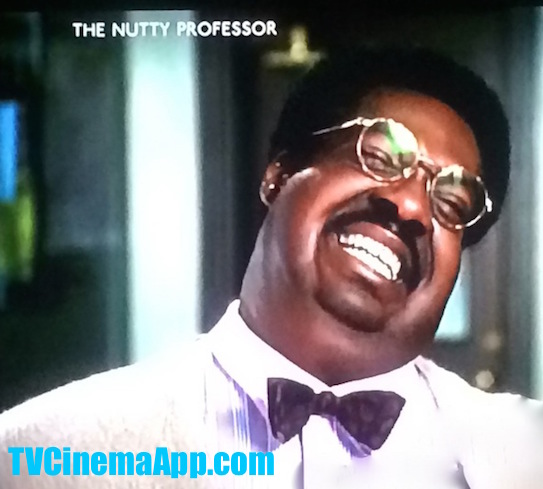 Don't you think he is cute? Say it in details through the comments form.

"iWatchBestTV" covers many aspects of the best TV cinematography including the movie production and it moves forward to highlight and feature the film form, as there are many forms, including  the film narrative form.

Want more than this nutshell?

Well, from there the "iWatch Best TV" goes to the film genre, which is different from the film form and it includes action ﻿adventure film﻿, animated film, documentary film, horror film, musical film, western film and other genres.

It continues to take the job of the film editor by some insights and it presents some marvelous works of some film directors, production designers, etc… 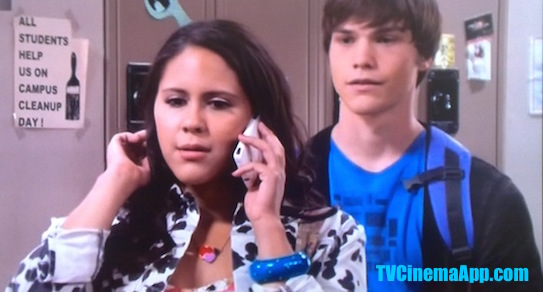 I like these characters in the TV series, because Melissa is so ambitious, smart, practical and direct to the point. She is also helpful, as she played the first role to help Loren Tate (Brittany Underwood) climb the ladder of glory and even succeed in building love relation with Eddie Duran (Cody Longo)

As my dad helped me to write the home page for "I WATCH BEST TV", he also wrote most of the Satellite TV Installation guidelines and  "The Movie" page and "Analyzing A Film"… something I added later when I republished the home page at the TV Cinema App.

This page was in fact the home page. But, when I changed the website name to TV Cinema App, advised by my dad, I republished this page by its own title, as I Watch Best TV.

So, apparently, this is not only the entertainment zone in your life to take it higher from "I Watch Best TV", but you could zoom in to get good insights about the film making and development of cinematheque from the 1920th until now. 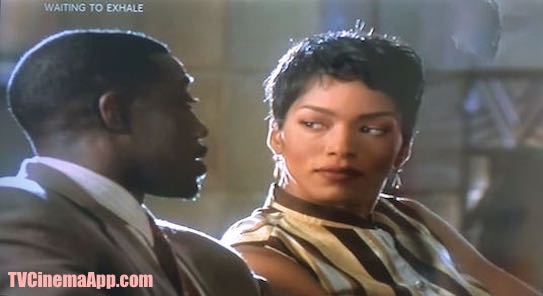 Then you could do that job producing films, or videos, or get some insights, if you were concerned about the cinema critiques, or if you were working on the media section in the press, or if you were studying media at any university, or institute. The series of articles at Digital and Video Products would get you covered.

Nevertheless, you could figure out many things about the cinema and your favorite TV movies, series and shows and know more. That will "strengthen your back" in any discussion about these things and make your knowledge in this regard very solid.

It is passion that makes “I Watch Best TV" yours, so in fact it becomes "You Watch Best TV". I point out the best TV to watch, what TV to escape and why and how to use your watching experiences to make your life better, by developing that interest into something you learn from it more invaluable insights to develop some qualities. 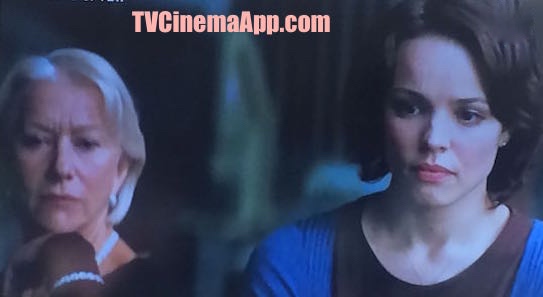 100 Beautiful Sights in the world and I Watch Best TV make my passion. Read About Us. They could make yours too, entertain you and motivate you to get more insights about the topics in this instance to make your knowledge qualities better.

Choose your destination to travel inside the “TV Cinema App“ from I Watch Best TV, or from the navigation bar at the left column, right column and here below. 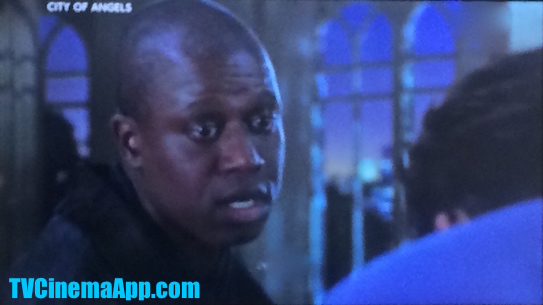 Use this form above to subscribe to the TV Cinema App and get some useful gifts of love. Use the form below to comment, or to write about your favorite movies.

Whenever you get excited about a page, use the form at that page to comment. You can also use the comment forms on the pages to write about your favorite TV series, movies and shows. Upload pictures too, to make your page interesting and invite your friends to read, share and comment on your entries. Thanks.

You can also read the “TV Cinema Application“ through your services at the top of the navigation bar. Give “I Watch Best TV" a thumb up, like, tweet, or share it with your other social media services.

In addition to I Watch Best TV, you will find interesting guidelines to install dish stiletto TV channels from the following educational pages: