CSI is the abbreviation of crime scene investigation and it has appeared in many TV serial titles by locations in Las Vegas, Miami and New York.

So, this is why there is a lab by the same name on each of these cities. But, the crime scene investigations vary between lab and another, although some of the methods used are the same.

There are also other crime investigations, indeed, which diver from the crime scene investigation we are about here. For example, “Criminal Minds” as another TV series in this genre has not the methods used in the other investigations.

The “Law and Order” carried by the Special Victims Unit has also different investigation methods. 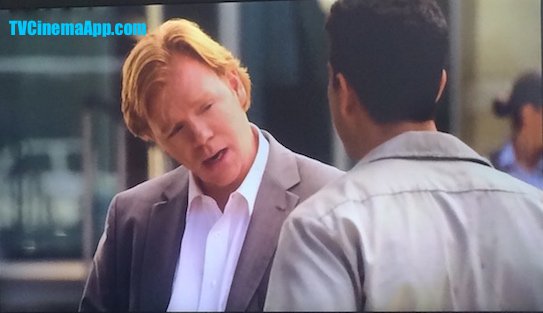 “Beauty and the Beast” has also different methods, with more inclination from the filmmakers towards unnatural romantic fantasy between the main detective female with the main character.

The main character has been turned into a beast by his commanders in the army while he was a soldier and while they are experimenting with a drug type to increase human power, without paying attentions to side affects.

Among them all, CSI Miami is complete and it is inspiring from the first scenes prior CSI Miami with some emotional touches and background stories about the detectives, which with some more efforts could make the TV series extend to more than ten seasons.

All of the titled TV series by this name have already captured many spectators and as I could compare this title with others, such as Criminal Minds, Hawaii Five-O, Law & Order and NCIS, which stands for naval criminal investigation service, I see that the Miami's is the best police film genre.

To continue on this page, you'll need to read the two linked pages here. This will get you smoothly through the insights along with critical points I have explained while analyzing the criminal drama TV series. 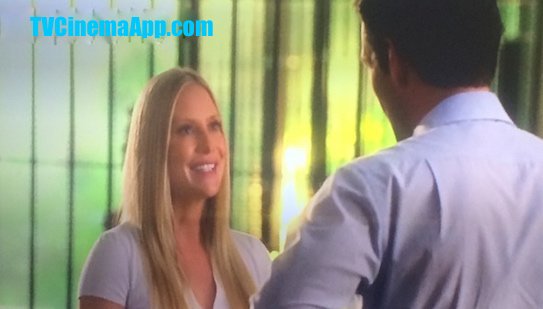 During the investigation of the first crime committed prior CSI Miami, which becomes a motive for changes in the police department from old fashion investigations to a new ones, Horatio Caine has been inspired by some young like Calleigh Duquesne and Eric Delko (although he was not a police) to start the criminal investigation lab in Miami.

Calleigh Duquesne, played by Emily Procter joined the old police department in episode 8.1, season 8 (shot between September 21, 2001 and May 24, 2010) and from the first episode she made remarkable observations and analyzing to the collectible crime scene identifying evidences, patterns and trends.

The story comes in long flashbacks, which could possibly be developed to stand alone episodes (but, also be continued) as the first episode in the serial and then reproduced in some episodes as short flashbacks later on either for season 8, episode 801, or other episodes. That could be much better than presenting long flashbacks in the mentioned episode.

So, for this reason, I consider any shots prior C.S.I Miami, are very good pointers to start the serial with even a title such as, "Prior C.S.I Miami Snap Kill", "Prior CSI Miami - Who's Our Killer", "Where's My Housewife?",  "Common Eric, We're the C.S.I", or just "We're the CSI". 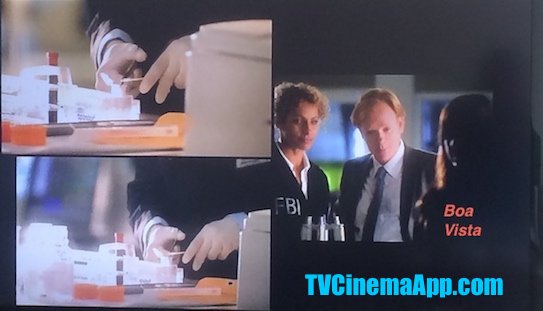 Personal, But Also Objective Indications on Prior CSI Miami!

First of all, I will never trust the theory of traversal between objective and personal, as the language definition between them goes. That is because I am sure of one fact that is personal observation is more likely to produce values, especially when the feelings are used to support the mind by impacts of scripts, whether written, or seen.

What is the point of any art, if it doesn't feed the feelings to perform whatever speculated, perceived, or conceived?

I didn't enjoy this flashback munching popcorn. It seems like I was engrossed in the episode prior CSI Miami where enchantment became awareness to infringe and expose the scenes of deliberately missing conjunction of eventually tied ideas, especially on this specific flashback. 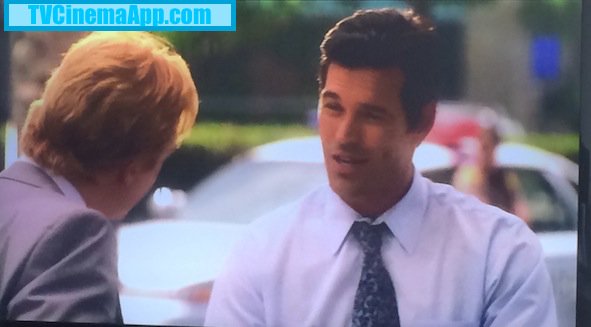 A deliberately conducted work indicates the impacts of the result of that work on the recipient, as an end point, or target of that work. It creates a new status quo on the mind and the heart of the spectator. The expectations differ between two conflicted values.

That is because, as a deliberately conducted work could be excellent, when it wasn't done in a hurry, it could also be bad, because it was done as it is, purposely and with an intention. So, it appears made-up, or falsified.

This has happened not only on prior CSI Miami, but in many of the episodes, all of which I may come to analyze later on some specific pages about the new cinematheque critique. 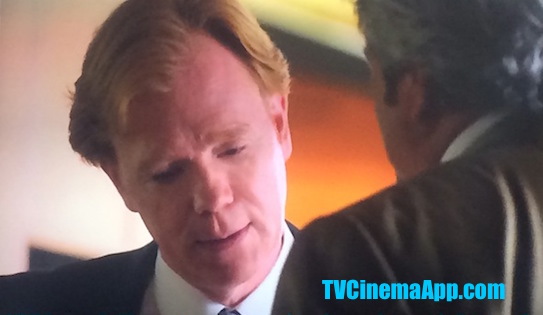 My analytical vision was setup before enchantment. So, the flow of the scenes haven't deluded this vision, which has been open to prediction, through which I have almost seen what could happen next beforehand.

For example, wherever I see weak scenarios in this flashback, I immediately create my alternate scenarios and even imagine what the next mazes of the fictional plot might look like on the spectator's mind through its progressive scenes.

Exploring the enticement of the mystery in prior CSI Miami is only limited when you take it entirely enchanting and then follow this illusive entertaining factor to enjoy the fictional series, as it should be "just fictional" and then limit your mind into that fictional status.

You will not even see how could intelligent detectives sometimes behave as other simple and innocent people, as if the filmmakers have forgotten the first impressions spectators had already about each single member of the intelligentsia in the lab. 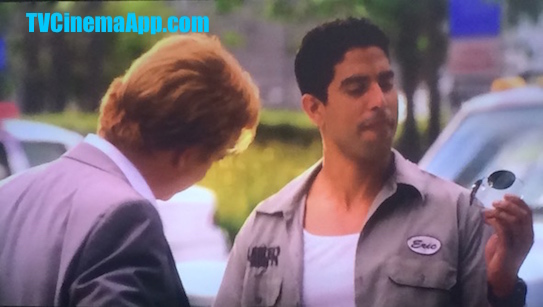 Prior CSI Miami Extended in Flashbacks!

Eric Delko started on the first prior CSI Miami episode, which is in season 8, as a guest but not as a detective.

From the slogan on the truck he drove, the spectator may sense that he was a tow truck driver for Fragler Towing, as it appears on the slogan on the truck, or maybe a maintenance servant for an infrastructural cloak company, or an automobile mechanic, when he discovered a dumped BMW in the Everglades with a dead body of a woman.

He called detective Horatio Caine from his truck and helped him to recover the murder weapon, which solved the plot and helped an innocent man accused of murdering his wive from going to jail.

Horatio Caine impressed by Eric's remarks and his good observing eyes encouraged him to attend the police academy, get his badge and come to join him at the new CSI lab. 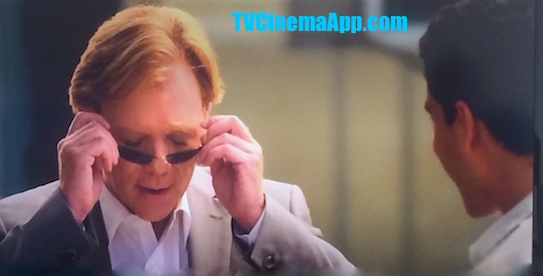 Khandi Alexander (portrayed by Alexx Woods) has also started earlier with CSI Miami, as a medicine doctor to work as "examiner" in the lab to help them examine the victims and discover the causes of death through anatomy.

As anatomist, she proved to be intelligent and helped the detectives in the lab to track and analyze the causes of death to discover the criminals.

So, Horatio got his team including Calleigh Duquesne, Tim Speedle (portrayed by Rory Cochrane), Sgt. Rex Linn who had been with him in the old police department and Khandi Alexander.

Tim Speedle became close friends with Eric Delko until he was killed while hunting a criminal, because one in the lab has played with his gun and the trigger didn't push to release the bullets during the shooting, a story that got into investigation. 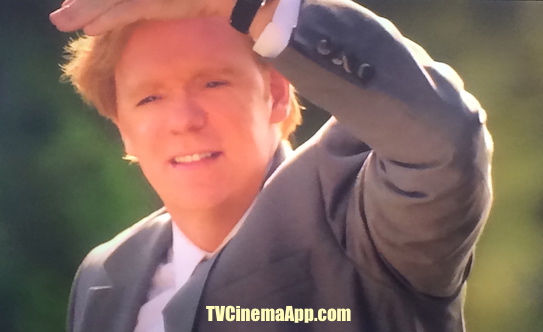 TVCinemaApp.com - C.S.I.: David Caruso, Horatio Caine at the Beginning of the Serial.

Have more to say about this criminal scene investigation drama?

Write your views on the form below. You can use the same form to write about your favorite TV movies, programs, serials and shows.

What Other Visitors Have Said

Click below to see contributions from other visitors to this page...

In addition to CSI, you have many insights on TVs and cinema movies on tvcinemaapp.com at the following pages, which you can read also through the updates at the TV Cinema App Blog: 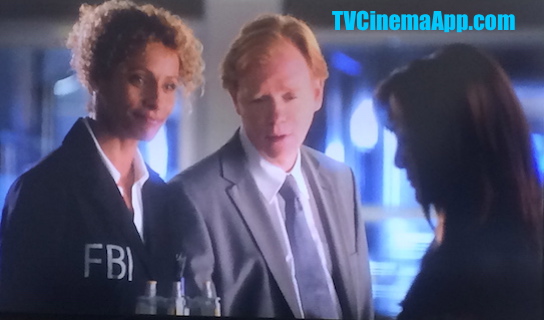 In few seconds, take the quiz to tell us about your favorite TV series.