With the "Special Victims Unit", we have captured, indeed an eye with interesting views on international rape crimes done by so many means and driven by many psychological behaviors, which are in more or less have been produced and developed by the insane materialized capital and technological rush of the western societies. 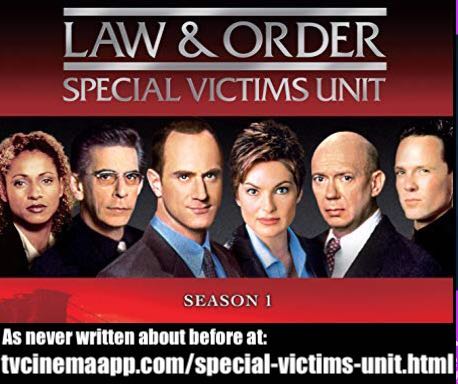 Yes, you are going to read the most invaluable hard cinema critique in the world today on the TV Cinema App, because the means of destructing human nature are worse, by all measures.

Humanity is Khalid Mohammed Osman's concern and the cinema is one of the tools to take care of to develop a human sense of our lives today in accordance to good beliefs, cultures, ethics, faith, morals and other social values.

So, the special TV crime drama, featured as an American police procedural, legal and detective series is in fact the most long, well-done television series, except for some notes I take to highlight as something very surprising, when we look at the intelligence of the detectives, which appears to be worked around or contradicted, or corrupted in some scenes, across the episodes of the Special Victims Unit.

It is of course interesting also to know that the television crime series comes onto two versions, like most of the other American TV series, one as Law & Order: Criminal Intent and Law & Order: Special Victims Unit, abbreviated into SVU.

However the Special Victims Unit (SVU) takes place in New York City since the first day the television series has premiered on the NBC on September 20, 1999. Its creator Dick Wolf has done a massive work with the executive producers, other producers and television series staff to keep it run for long as he could.

Many of the episodes are in fact depict fictional stories in the American society, as they are based on real crimes, specially some of those crimes that have made their way to the media.

TO BE CONTINUED SOON...

Tell us what you think of the Law & Order: Special Victims Unit (SVU)?

You might have been interested or addicted to some other television series whether criminal, adventure, romance, thriller, or fantasy. So, which is your favorite?