The satellite TV channels flow to your TV through a satellite placed into orbit course on the curved path of the axis of gravitation around the earth.

The axis is the imaginary reference line which is fixed around the earth through which it rotates once every 24 hours. This is why enterprises curve the dish, or the parabola to gravitate the waves of signals from the satellite to flow through it to the receiver and then the receiver transmits them to the TV.

So, the satellite is a space station, or a space capsule, which is an artificial celestial body that works technically for this effect to take place. However, it effects in other different matters, such as the development of sciences and spaying, which effect our lives daily.

The use of satellites has exceeded nowadays every thing they are supposed to do. Some of them are placed on that spot for observing, tracking and predicting. Others are for optimizing performance of many scientific elements. Some are for computers and televisions.

It is only the television satellite, which is our concern here, as a system to deliver television programs through the flow of signals from a specific communication satellite to the television. It is obvious that you could get many satellites to flow to your TV.

You read about how to adjust your dish on one of the provided pages at Direct Satellite TV, Direct TV Satellite and Dish Network Satellite. Keep in mind that the normal position of the LNB is with F-contact pointing straight down.

You may need to optimize the polarization, if you still receiving noises with pictures after careful azimuth and adjustment of elevation. To do that, just loose the LNB fixing screw and rotate the LNB to improve reception of the channels.

There are thousands of Satellite TV Channels provided as Free Satellite TV channels. You'll only need some Dish Satellite TV apparatus and accessories to watch satellite television channels. Here is how to get and use your dish TV equipments. 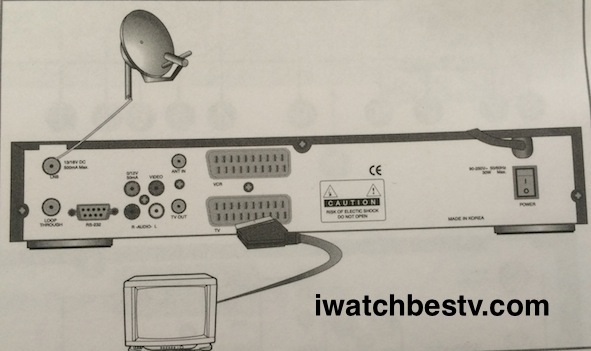 * Notice that in the receiving mode of your Satellite Direct TV, you should connect the SCART cable to the first top socket on the STB.

It is TRIAX in this example, as I am using it to Watch Satellite TV. But, the elements may point to other receivers to. The maul that comes with receiver is a great reference, you should start with.

As you see on the picture of the front panel:

The rear panel on the receiver you use to get satellite TV channels include the following, as you see on the images below:

* Notice that rear connection ports in TRIAX and other devices differ by models. Search on the web for the strange terms you read above to know more about them. 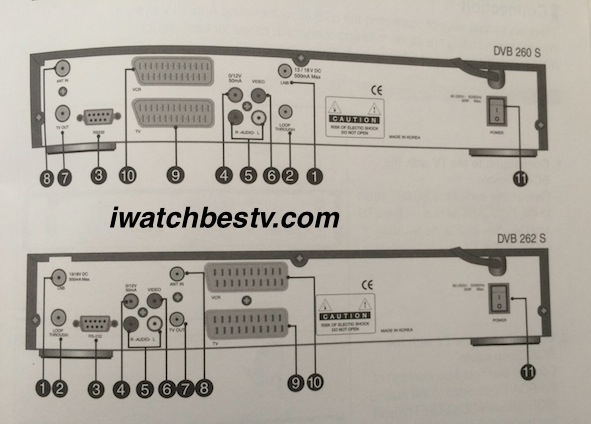 How to Connect Apparatus to Get Satellite TV Channels?

It is very important to connect your equipments right to get the satellite TV channels to flow smoothly through the dish and the receiver to your TV.

Continue at Dish Satellite TV, when you finish reading satellite TV channels to get the full picture.

Get more insights about the installation and utilities of other digital and video products here.

In addition to the Satellite TV channels, you may also be interested in the other technical issues to use your TV and entertain the best way you could and learn more about TV movies, programs, serials and shows.

Is the information on Satellite TV Channels useful?

If so, please share the page with social media, get the updates to your services (such as Yahoo) through the small orange button at the to left, or pin the pictures. Many thanks.

If you know more, or if you have great story, or views about TV movies and serials, use the form below to write and share your thoughts. Use the second form to fill in the TV survey and get some gifts of love.