To install internet TV channels, you should first know the components of your set top box and get the manual to install the TV channels included in your TV package. 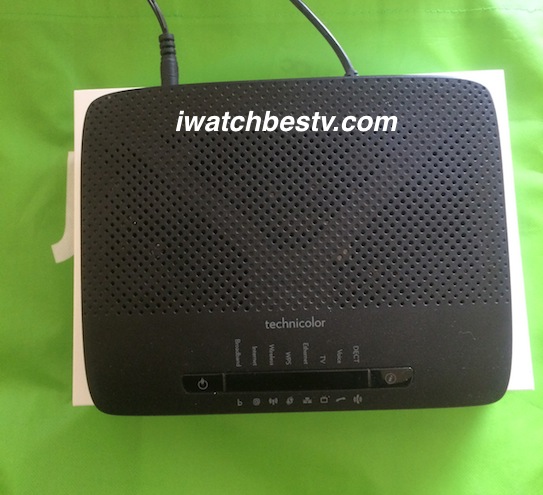 This is a continuation to digital cable TV channels and cable internet TV. So, you may need to read the two pages first and then continue here to get the installation guidelines.

However, even before doing so, take the advices your read seriously to determine whether you need a broadband internet TV, or a complete direct satellite TV you get through a digital satellite TV in a box.

The deference is so big, as you will never pay monthly for numerous direct TV channels with a dish satellite TV, while you pay high prices for direct internet TV services.

In addition, make sure that you will get more than a thousand of direct TV satellite channels with a dish and a receiver and you can watch free satellite TV including free HD satellite TV for life.

You install internet TV channels through your internet and TV channels set top box, which is small box either white, or black and white. Most of the set top boxes to use for your internet ports and TV ports are almost similar and they have the same usage guidance, in most common phases.

However, there is a variety of set top boxes to decide the best one of them. According to this, you may think that there are many different ways to use them.

But, when some of the set top boxes are with parabolas for the satellite direct TV channels of your choice, you will find that the ways are almost the same, because they are supported by satellite dishes.

On the technicolor set top box, you will read the name of the ports including Broadband, Internet, Wireless, WPS, Ethernet, TV, Voice and DECT. There is a sign for each port just below them, as you see on the image, with additional pointers for the power and the information "i".

Beside each name of the port there a light pointer that turns from red when you first connect to the power stick and then becomes green when the connection is setup.

The DECT stands for digital enhanced cordless telecommunications. It is the standard for cordless phone system.

The WPS is the Wi-Fi Protected Setup, which is the Wi-Fi simple configuration that works as a network security standard to allow you and other users to secure a wireless home network.

At the back of the box, there are the sockets for the ports and they include 2 green for the telephone line, 1 for the PSTN, 1 for the DSL, 4 for Ethernet, 1 for WAN, 1 for the power wire and the plug to turn it ON, or OFF.

The DSL, which stands for the digital subscribers line is used to provide internet services and transmit digital data by using telephone lines.

The WAN is the wide area network, which is used to cover a wide area throughout localities across national metropolitan and regional areas.

From the mentioned socket, you will connect only to three, including the power, the internet and the internet TV channels. To connect to the internet, you will use the DSL socket. You could use the other sockets for ports to connect your telephone, if you have the telephone service from the same company.

At the left side of the set top box, there are two sockets for USB cables for WPS and DECT and small hole for Reset to use when there is a technical problem to setup the box, or the router. I haven't used these sockets for quite a long time and that proves the technicolor router is very good.

How to Install Internet TV Channels?

You will not use a satellite dish to install any dish TV channels through this connection, although you set up the connection to watch satellite TV channels.

You will only use the TV channels connection in your set top box to connect the cables and wires as the following:

Read the manual and follow the guidelines. If you are unsure about something call your internet TV channels provider to ask for help. Regardless to this here are good instructions to connect and install the internet television channels.

The HDMI is the high definition multimedia interface, which is a proprietary audio and video interface to transfer digital video and digital audio data from the source device computers, video players and digital televisions.

Now what is left is the second set of set top boxes you use to watch satellite TV channels. Those are not precisely internet TV channels, though.

Continue at internet live TV channels, when you complete the internet TV channels below to say thank you for the information about this topic.

For the internet TV channels, use the form below to write what you know about installing internet television channels, or to write about your favorite TV movies, programs, series and shows.

Pin one of the pictures on I watch Best TV Photo Gallery, or on Best TV Cinematography, or on this page, or on any other page you like.

Use the g+ to favorite the internet TV channels, or share the page with your socials.

Read the updates of I Watch Best TV Blog at your favorite services ( Google, Yahoo, or the others).

In addition to the internet TV channels, you have good insights on TV movies, programs, series and shows at the following pages on tvcinemaapp.com: